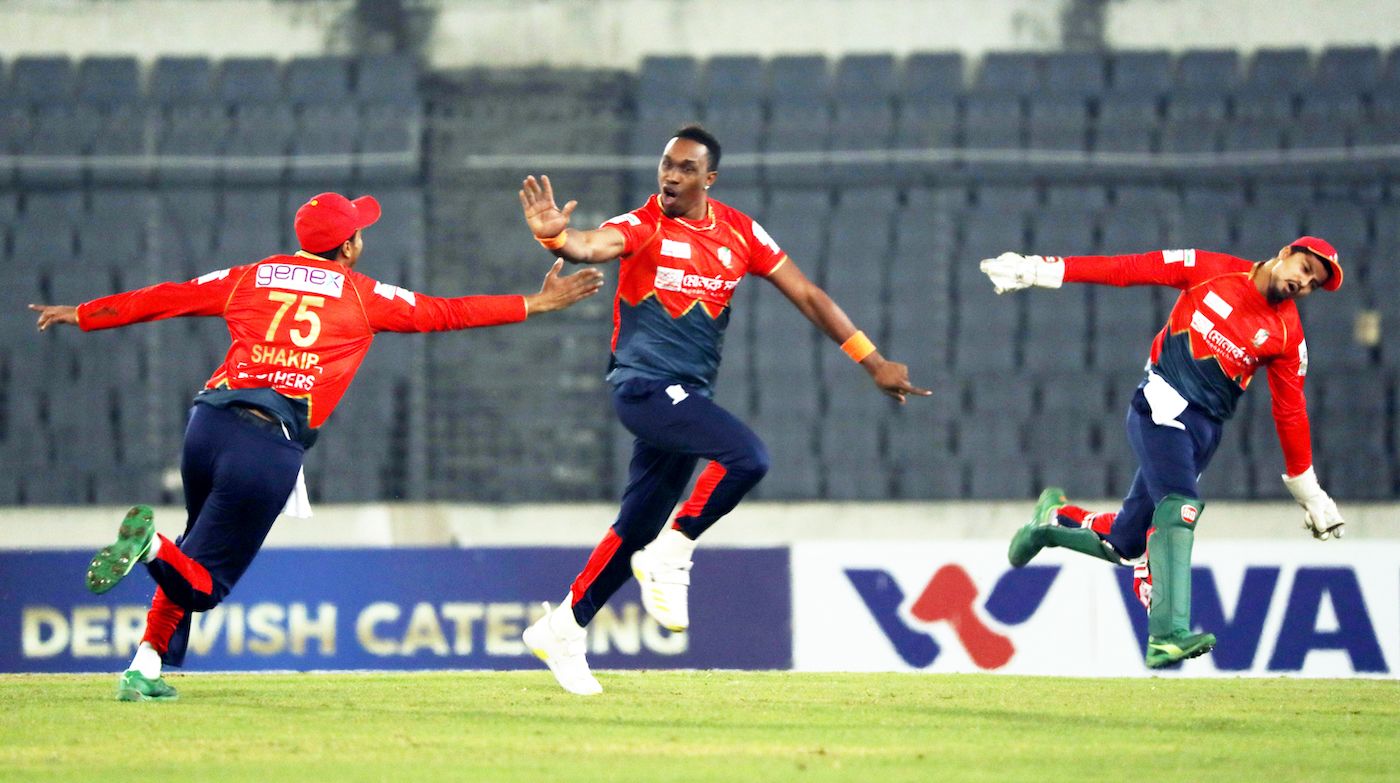 The Bangladesh Premier League (BPL) is lagging behind in the race to sign overseas T20 stars for the January-February window. The BPL has a window from January 6 to February 15, the dates clashing with the UAE’s ILT20, South Africa’s yet-to-be-named T20 league and the Australian BBL. The BBL’s draft for overseas players is scheduled for August 28. The UAE and South Africa leagues have been in the news practically every day, for the big-ticket players the franchises are signing on. There has been no buzz around the BPL.

The BCB has set August 31 as the deadline for potential franchise owners’ “expression of Interest” (EOI). Nizamuddin Chowdhury, the BCB chief executive, had earlier said that the board was hoping most of the previous franchise owners would return, with the BPL providing three-year contracts with them. Earlier, the franchise contracts were for just a year.

“We will try to finalise everything soon, so that the owners can start their preparation,” Chowdhury had said. “They will be in a better position since it is for three years. Franchise owners usually want everything to be organised, so this time it will be quite good since we are giving the teams a longer period.”

The BCB is also hoping that the BPL will not be without its share of overseas names, while all Bangladeshi cricketers would be expected to participate.

“We have to keep in mind that the member countries are looking for a window to hold domestic T20 leagues. There’s going to be conflict (in scheduling) if other members’ windows fall at the same time. Everyone is going to suffer, not just us,” Chowdhury said. “Two or three of our most important players will be playing in our domestic league. I don’t want to mention any names but those who usually play overseas will be missed in those leagues. But we are expecting foreign players to play in our league.

“There’s the matter of the NOC [no-objection certificate]. There is also an understanding among member countries. Everyone abides by this rule. I don’t personally think anyone will play anything other than their own competition.”

There is bound to be a demand for established stars, but the franchise owners, whoever they are, will be in a race against time.

Among the ILT20’s signings are Dwayne Bravo and Andre Fletcher, respectively the second-highest wicket-taker and the second-highest run-getter in the last edition of the BPL. Faf du Plessis, Moeen Ali and Sunil Narine, who formed the core of the Comilla Victorians side that won the title the last time, are all unavailable. Du Plessis will play for the CSK-owned franchise in South Africa, while the ILT20 has announced the names of Moeen and Narine. Andre Russell, who played for Minister Group Dhaka, is also on the ILT20’s list of signings, while Mujeeb Ur Rahman, who represented Fortune Barishal, will be playing in South Africa.

The top local players will, in all likelihood, play the BPL, but will there be enough overseas stars?•AFP/Getty Images

For the BPL, if the EOI list is revealed on August 31, and roughly another month is required to get through the official procedures for the franchises to sign up, the players’ draft or auction can’t be held till October. With several T20 leagues are running at the same time, and player demand being at an unprecedented high, the BPL would have benefitted from having a more settled appearance about it.

Historically, the BPL franchises have been known to pay well, but there is another niggle. As several player agents told us, because of the laws of the land in Bangladesh, the players end up paying higher taxes than they do elsewhere. It might sound like a trifle, but the lack of nightlife options in most cities in Bangladesh is something that has bothered overseas players in the past.

So what does the BPL do? If the big stars don’t come, the tournament will lose its sheen. The ILT20 and the South African leagues have appeared as gamechangers, and with the windows almost set in stone for the next few years, the BPL will have to up its game, somehow, to remain relevant.