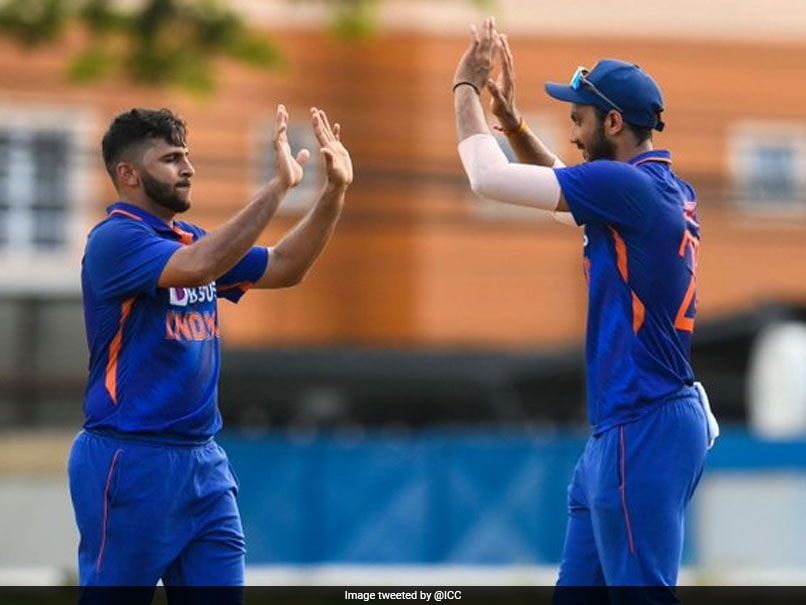 IND vs ZIM: Shardul Thakur bowled an excellent spell on his return to the playing XI.© Twitter

After sitting out of the first ODI, India all-rounder Shardul Thakur bowled an excellent spell on his return to the playing XI for the second ODI against Zimbabwe. Shardul bowled a match-winning spell, taking three for 38 in seven overs as India bowled out Zimbabwe for a paltry total of 161 after electing to bowl. In the 12th over, Shardul dismissed opener Innocent Kaia off the first ball, before also getting the better of Zimbabwe captain Regis Chakabva on the final ball. He then added a third after castling Luke Jongwe in the 33rd over.

Lord Thakur came back into the team with a bang

Zimbabwe had made a modest 161 after losing the toss and India recovered from losing skipper KL Rahul leg before for one to reach 167-5 with 146 balls remaining.

The result relegates the third match on Monday to a dead rubber, but Zimbabwe will be encouraged after putting up a much better show than two days ago, when they suffered a 10-wicket hiding.

Luke Jongwe was the most successful Zimbabwe bowler, taking the wickets of Gill and Ishan Kishan for the loss of 33 runs in four overs.

The unbeaten 43 and three catches earned Samson the player of the match award and the wicketkeeper said he enjoyed his time in front of the stumps.