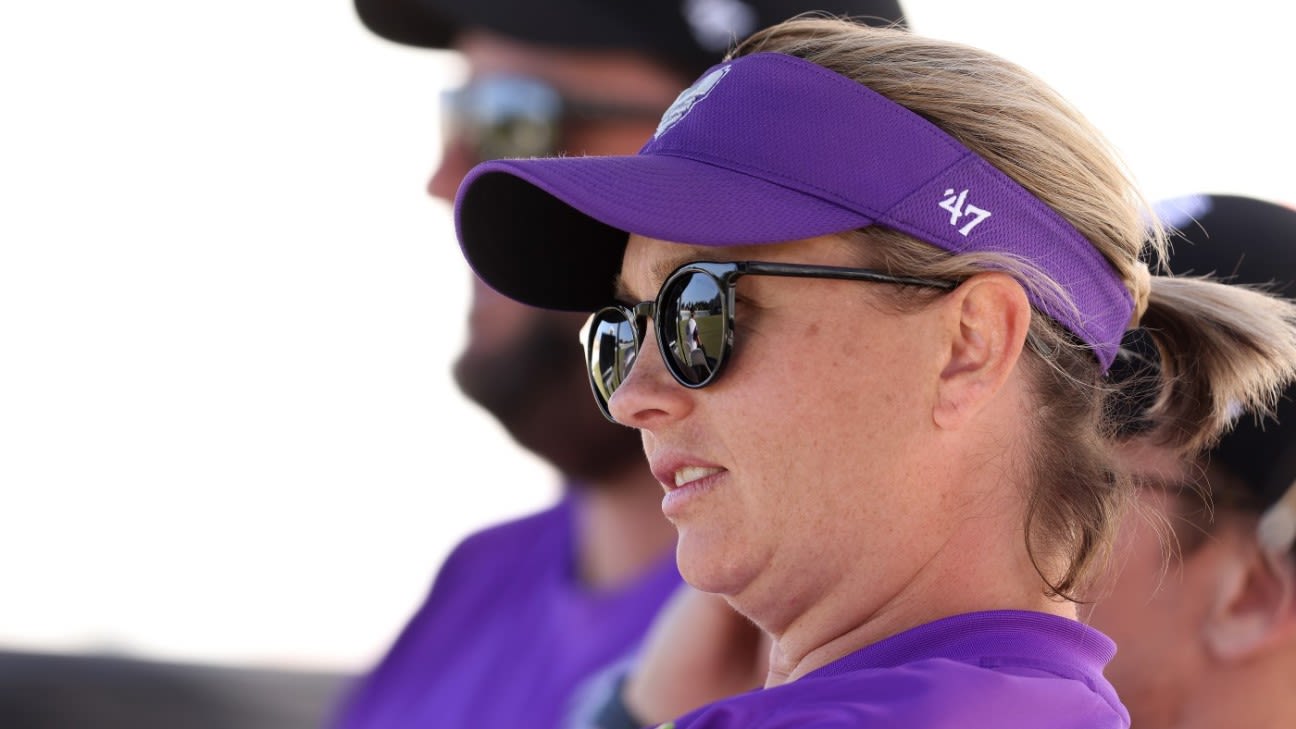 Salliann Beams is set to step away from her successful coaching posts after being named Cricket Tasmania’s new general manager of high performance just a few months out from the start of the WNCL and WBBL.

Beams coached Tasmania’s women’s team to the WNCL title last season and had signed an extension to remain coach of Hobart Hurricanes but has opted to move back into a high performance role taking over the job vacated by Simon Insley earlier this year.

Beams is currently in the UK coaching the Trent Rockets in the women’s Hundred but will return to Australia to oversee Tasmania’s men’s and women’s cricket program, which will be a return to high performance and away from coaching, having previously been the Cricket Performance Manager at Loughborough University in England.

“When I had the chance to sit back and really think about my own career progression, this is the direction I really want to head in as I am passionate about creating the best high performance systems and people,” Beams said.

“I had a great working relationship with Simon and his departure was a surprise and I was really sad to see him go, and it wasn’t until the dust had settled from that that the potential of this opportunity really dawned on me.

“Having signed a [head coach] contract extension back in May, this clearly wasn’t something I’d planned, but the opportunity to work in the male system while still working with the same players and staff in the women’s program made it really enticing to me.

“Jeff [Vaughan, Tasmania and Hurricanes men’s head coach] and I have always collaborated really well together, and we have a great team of coaches and support staff across the entire department, so I’m looking forward to watching a lot of success unfold on the field this season across all five of our elite teams, as well as working to develop and implement the strategy of how we’re going to further improve Tasmanian elite cricket in the medium- to long-term.

“The opportunity to stay within the organisation after leaving a head coaching role is an exciting one, and something I am grateful for. The organisation has achieved a lot in recent years and I can’t wait to play a role in ensuring Tasmanian cricket reaches its potential in the future.”

It leaves Cricket Tasmania searching for a new WBBL and WNCL coach with the season not too far away, but CEO Dominic Baker said the general manager appointment was a critical one to get right.

“Filling such a crucial role like a high performance manager is always a mammoth task, and as you would expect, the quality of the applications we received was exceptional,” Baker said.

“To have the best person for this role already within this organisation was a bonus for us. We pride ourselves on our people, and Salliann’s plan and vision for the future of high performance presented to us through the recruitment process was exceptional.

“She has already shown us that she is a great coach, but as well as the technical side of things, she is an excellent strategist, and always looking for ways that we can be better, not just on the field in the short-term, but to ensure the future of Tasmanian cricket is sustainable for years to come.”