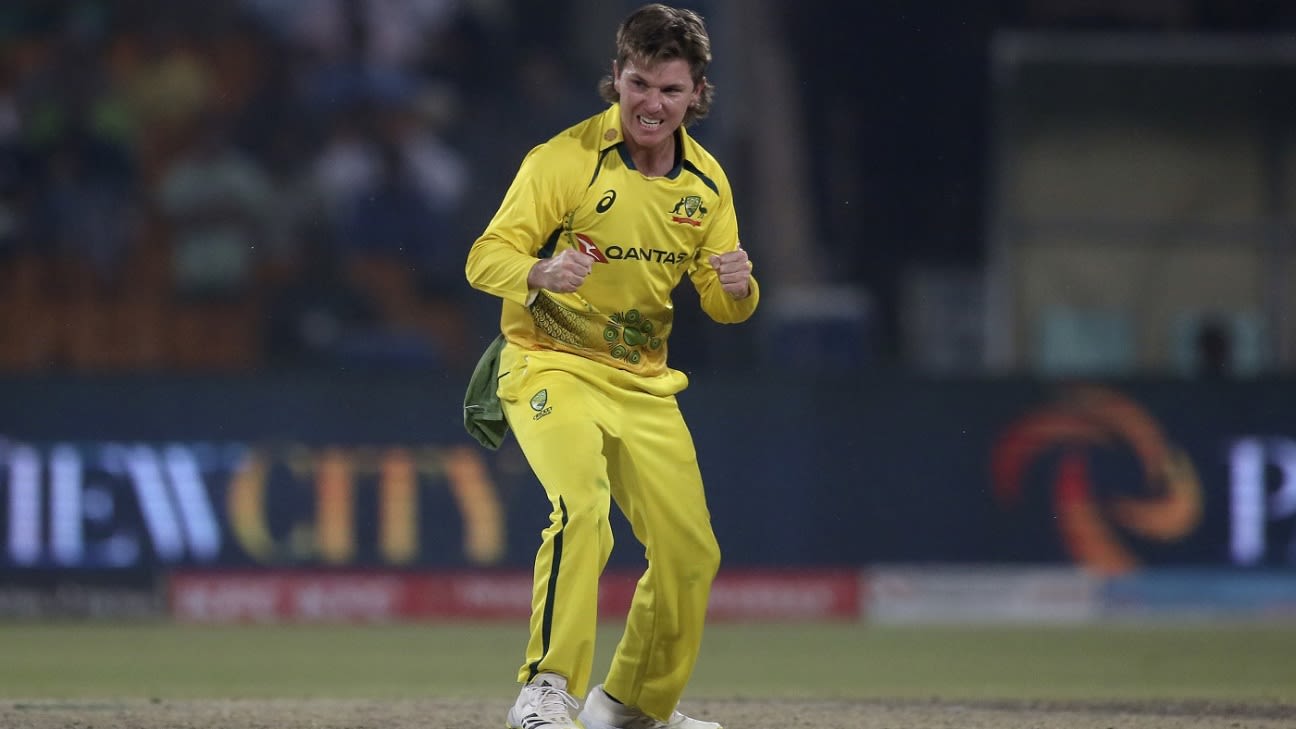 Legspinner Adam Zampa returns from paternity leave for Australia’s back-to-back ODI series against Zimbabwe and New Zealand in North Queensland in late August and early September while Test skipper Pat Cummins is being rested from both series ahead of a monster home summer.

Zampa missed the entire tour of Sri Lanka due to the birth of his first child and returns to bolster Australia’s spin ranks. Ashton Agar also returns from a side strain that kept him out of the Test series in Sri Lanka.

Cummins played four of the five ODIs in Sri Lanka after resting from the T20I series. But Australia’s national selection panel made the decision to rest Australia’s Test captain from the six ODIs in order for him to freshen up ahead of the home T20 World Cup and a huge Test summer that comprises of five home Tests against West Indies and South Africa and then a four-Test trip to India early next year.

Travis Head will also miss both ODI series as he is expecting the birth of his first child during that period.
Sean Abbott returns to the ODI squad in place of Cummins after missing the entire tour of Sri Lanka due a broken finger he suffered in the nets in Colombo on the eve of the opening T20I.

Marcus Stoinis also returns from a side strain that saw him fly home from Sri Lanka early. Australia have named a slimmed-down squad of 15 for the six ODIs against Zimbabwe and New Zealand with Mitchell Swepson, Matthew Kuhnemann, Josh Inglis and Jhye Richardson all dropping out of the group that played in Sri Lanka.

The timing of the series has ramifications for three Hundred squads with Maxwell (London Spirit), Zampa (Welsh Fire), and Abbott (Manchester Originals) all set to be unavailable for the back end of the tournament. Australia bowling coach Daniel Vettori will stay at the Hundred as coach of Birmingham Phoenix and will miss the ODI series.