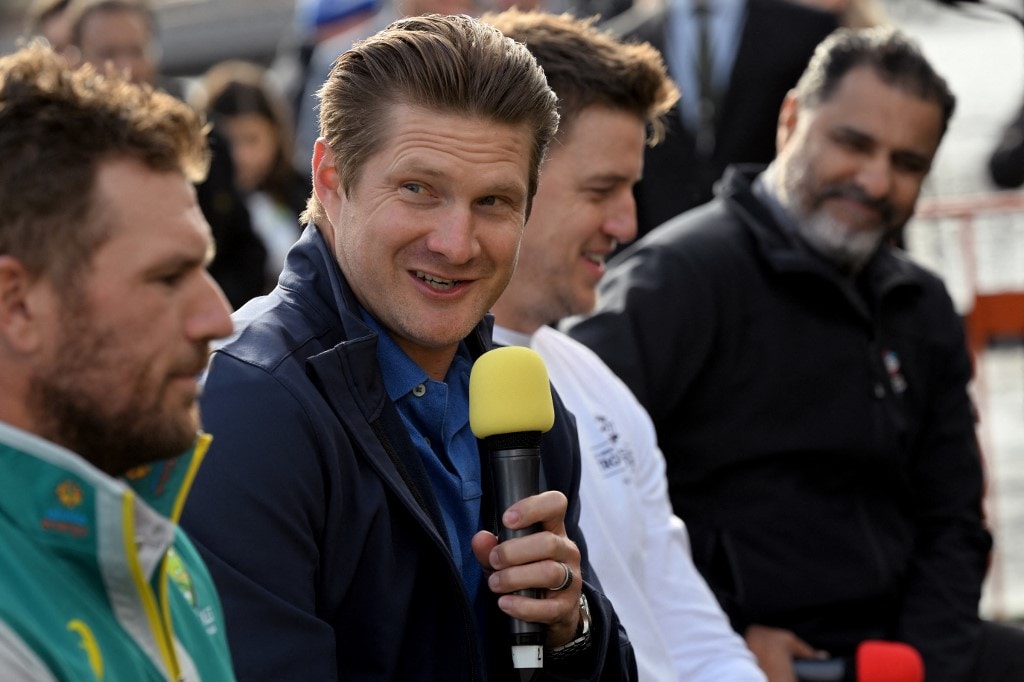 Former Australia all-rounder Shane Watson has asked Cricket Australia (CA) to find a way to get tall 26-year-old uncapped power-hitter Tim David into the side for the ICC T20 World Cup at home, given the kind of talent he will bring to the side as the hosts look to defend the title they won in the UAE last year.

Born in Singapore, David has had sporadic opportunities to play for the Perth Scorchers and Hobart Hurricanes in the Big Bash League (BBL) and for Singapore in the T20 World Cup qualifiers in 2019. He was bought by Mumbai Indians in the IPL mega auction for a mind-boggling sum of Rs 8.25 crore, given his ability to destroy any bowling with his power-hitting.

On Friday, as Australia marked 100 days to the ICC T20 World Cup at Melbourne, Watson said David is a “very, very rare” talent.

Matthew Wade and Marcus Stoinis may have emerged as the death-overs specialists for Australia but Watson feels white-ball skipper Aaron Finch must find a place for David in the playing XI.

“If he’s (David) in the squad and he’s made himself available for Australia … then I’d fit him in really anywhere,” Waton said of the versatile batter, who has largely come as a finisher but has also occasionally batted at No. 3.

“I hadn’t really seen much of him at all up until the IPL and seeing what he did there is something that I hadn’t seen for a long time. For a young guy coming in and just dominating and just hitting the ball like I’ve never really seen much in the past… you’d just find a way (to pick him),” Watson was quoted as saying by cricket.com.au.

David played a total of eight games for Mumbai this IPL season, scoring 186 with a highest of 46 and a strike rate of 216.

“It’s hard with Australia being the defending champions … but with someone like that, the power that he has and the composure as well under pressure situations is something that’s very, very rare.”

CA selector George Bailey and Finch already have David on their radar and the power-hitter could be in line for a debut in the coming months, “with a T20 series in India and two at home — against West Indies and England — to come before the tournament begins”, according to the report.

“That time will come for Tim,” said Australia limited-overs skipper Finch. “He’s such a valuable asset; guys with that much power who can bowl a few overs and is good in the field, they will slot into a lot of T20 sides.

“There’s going be opportunities there, no doubt, especially with the amount of cricket that’s going to be played over the next three months until that World Cup starts,” he added.