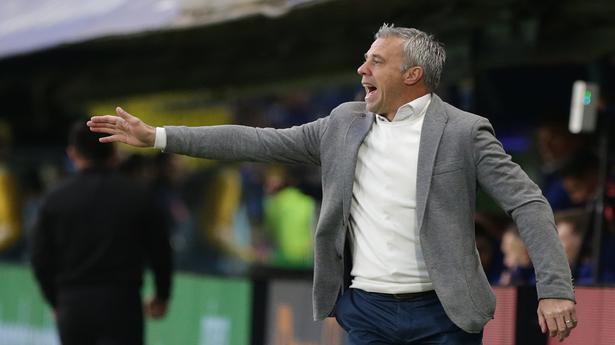 Gianluca Simeone, son of Atletico Madrid manager Diego Simeone, made his debut in the Argentina Primera División for Gimnasia against Atletico Tucuman in 2019. His career, though, hasn’t blossomed, so far.

But his opponent on debut in the Argentinian top flight, Atletico Tucuman, is now the central protagonist in one of the craziest title fights in the history of the league, deploying football tactics that would make Simeone senior proud.

Since its inception in 1891, 28 different teams have won the Argentina Primera Division. This list is dominated by the ‘big five’ from Buenos Aires — Boca Juniors, Independiente, Racing, River Plate and San Lorenzo. These five clubs have won 120 out of 171 championships. (Argentinian League has often had two titles every year)

But now, for the first time, a team from Tucuman, a central province more famous for its lemons and rugby, is in contention for the title. The team is 120 years old and this is just its 20th appearance in the Argentinian top division.

It achieved its latest promotion to the highest tier in 2009, after which it made a handful of firsts. Its first appearance in Copa Libertadores came in 2017 and a maiden entry into the Copa Argentina final, which ended in defeat, came the same year.

Despite a marked improvement and consistency, nobody gave the Tucuman side much chance this season. The side had finished 25th, second from bottom, in the previous (2021) season.

But after the 16th round of the 27-team league, played in a single round-robin format, Atletico Tucuman is on top. Incidentally, it leads Gimnasia, the team that fielded Simeone junior three years ago, by two points. It is another story that Gimnasia is a one-time League winner, with its glory coming nearly a century ago (1929).

Atletico Tucuman, managed by Tucuman-born Lucas Pusineri, has built its path-breaking campaign primarily on its defensive solidity. It has conceded just eight goals so far in the league, just one more than Gimnasia.

Six of its nine wins have come by a margin of a single goal, showing its capability to grind out results. To put things in perspective, Eight teams in the league have scored more goals than the leaders, including 16th-placed Tigre.

Its foremost attacker, Ramiro Ángel Carrera with five goals, doesn’t even rank in the top 10 goal scorers list of the league.

Atletico Tucuman, the northernmost side in the league, has also been unbeaten at home, while being just about adequate in the away fixtures.

On its own turf, the Estadio Monumental José Fierro, the Northern Giant has scored 1.7 goals/game. But on its travels, this number drops to 0.62.

In defensive numbers, the home-away disparity isn’t as drastic. At its base, Atletico Tucuman concedes 0.37 goals/game. It rises only to 0.62 goals/game away from home.

Another factor that has aided Atletico’s surprise title challenge is its capability to score and win games in the end stages of matches.

In 2022, including the latter stage of last season, about 22% of all its goals have been scored in the last 10 minutes of the game. In contrast, the corresponding figure for defending champion River Plate is just 11%, while for Gimnasia, it is 13%. Such end-stretch patterns in football surface when teams have superior endurance and fitness levels. 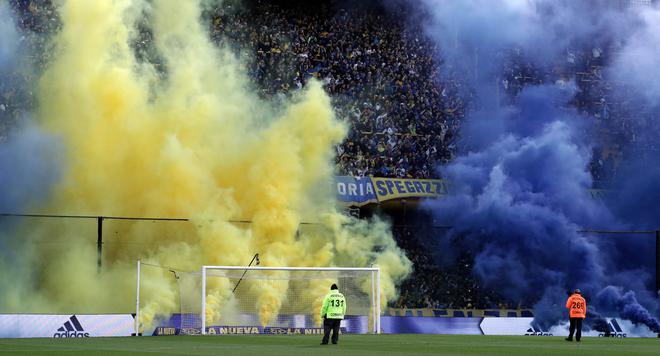 The side’s second defeat of the season came in the last gameweek (August 29), away from home to Boca Juniors. The surprise leader matched the pedigreed Boca side shot for shot and even led 1-0 for a while. However, it conceded two late goals and lost 2-1.

With 10 games left in the league, Atletico Tucuman and its fans would be well within their rights to dream. Crucially, Atletico Tucuman will play six of those 10 games at home, where it is unbeaten. It also doesn’t have to face any of its three closest rivals — Gimnasia, Huracan and Godoy Cruz — in these 10 games.

Its biggest games will be the away fixtures against fifth-placed Argentinos Juniors and eighth-placed Racing.

Tucuman fans will also take heart in the fact that it faces teams outside the top 10 in six of the last 10 games.

Argentinian football is no stranger to unpredictability and the magic its footballers can produce. Now, a team from the country’s heartland is on the verge of a feat as lofty as the Andes range.

Seven years ago, Leicester did the unthinkable in the Premier League. At this point in time, a similar fairy tale starring Atletico Tucuman may be very much in the making. The team plays its last game on October 16.