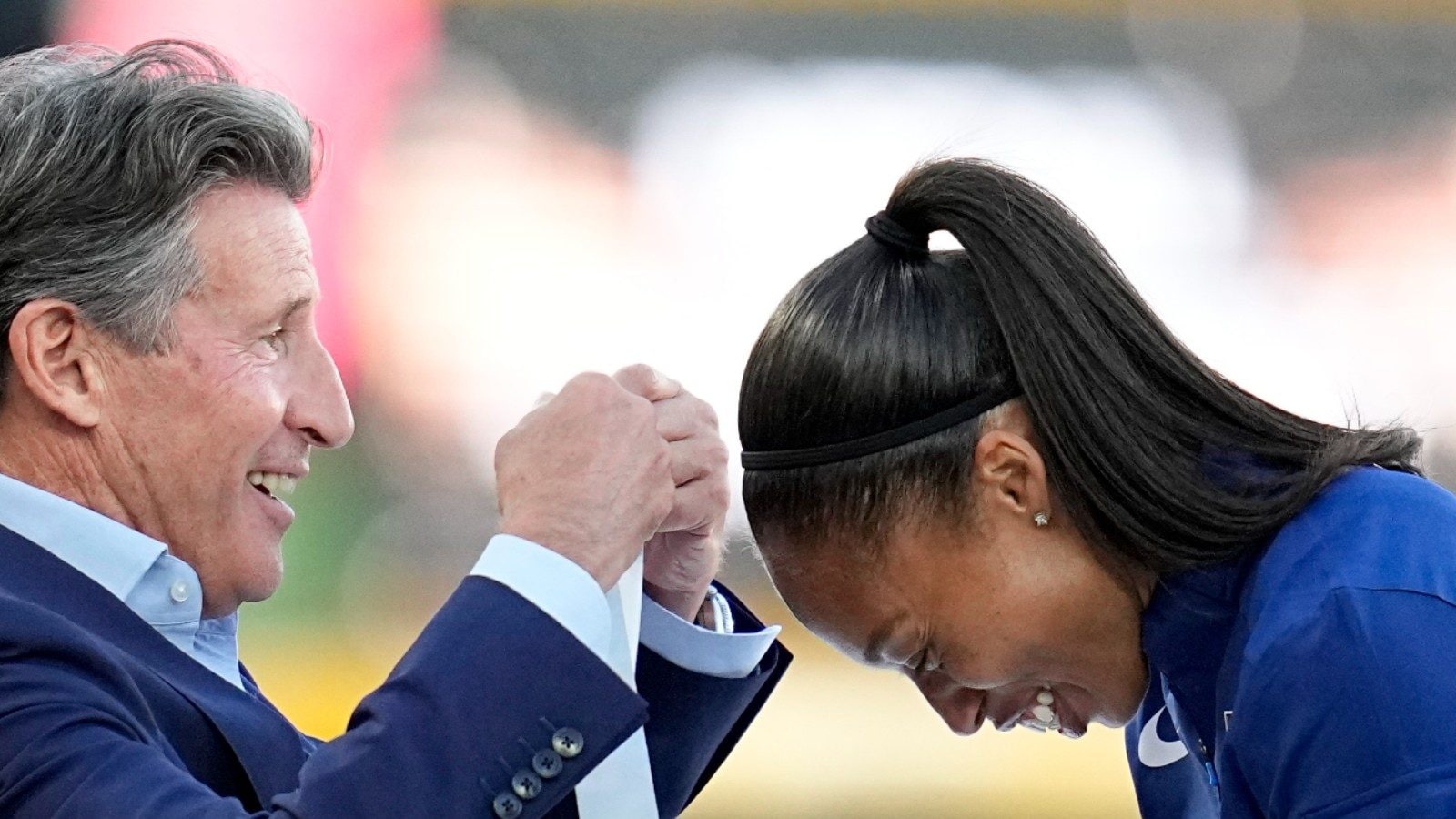 Allyson Felix’s 19-year journey through major track and field championships finished in familiar fashion on Friday – with the trailblazing veteran basking in the glow of yet another medal.

Nineteen years after first competing at her first World Athletics Championships in 2003 as a skinny teenage prodigy, the 36-year-old signed off with the 19th world championship medal of her career as the United States claimed bronze in the 4x400m mixed relay at Hayward Field in Eugene, Oregon.

It was not quite the perfectly scripted finale US fans had hoped for – US anchor leg runner Kennedy Simon was agonizingly reeled in down the home straight as the Dominican Republic’s quartet took gold and the Netherlands silver – but Felix herself was nevertheless all smiles as rivals lined up for photos with her after her final race in a major championships.

The grande dame of American track and field is retiring later this year, hanging up her spikes after a career that has straddled three different decades and yielded a jaw-dropping 30 World and Olympic medals including 20 golds.

Felix, who was handed the chance for a golden farewell in the US mixed relay squad after failing to qualify for any of the individual events in Oregon, dug deep on her second leg but was unable to preserve the narrow lead handed to her by first leg runner Elija Godwin.

But Friday’s bronze cements her status as the most decorated athlete – male or female – in the history of the World Championships.

Her 19 medals include seven from individual events and 12 from relays.

Felix said before Friday’s race she had been determined to “take it all in and have fun, leave it all out there.”

“It’s been an incredible journey,” she said. “I’ve really enjoyed my time over the years. There have been a lot of ups and downs. I love the sport so much, it’s broken my heart many times but I’ve also had many really joyous moments.

“It’s completely full circle to be able to come here and end at home, it’s going to be very, very special.

“I’m going to miss it so much but I can’t think of a better way to go out than just with a heart full of gratitude and thankful for all the people who’ve supported me and the teams I’ve been on over the years.”

Felix now plans to turn her attention to her advocacy for gender equality.

In the later years of her career she has become a powerful voice for female athletes.

She has since been a vocal advocate for the rights of working mothers and split with long-time sponsors Nike in 2019 after criticising the sporting apparel giant for slashing her pay after she became pregnant.

“If we have children, we risk pay cuts from our sponsors during pregnancy and afterward,” Felix wrote at the time.

“It’s one example of a sports industry where the rules are still mostly made for and by men.”

Felix’s criticism prompted Nike to swiftly change its policy, vowing to ensure no female athlete would in future be impacted financially by pregnancy.

Advocacy for women has been the theme of her farewell season.

She also leaves a legacy as one of the most ferocious warriors ever to represent the United States in track and field, something she alluded to on the eve of the championships.

“I hope that I’ll be remembered as a fierce competitor, but I think more importantly to me is really trying to leave this sports better than I found it,” Felix said.