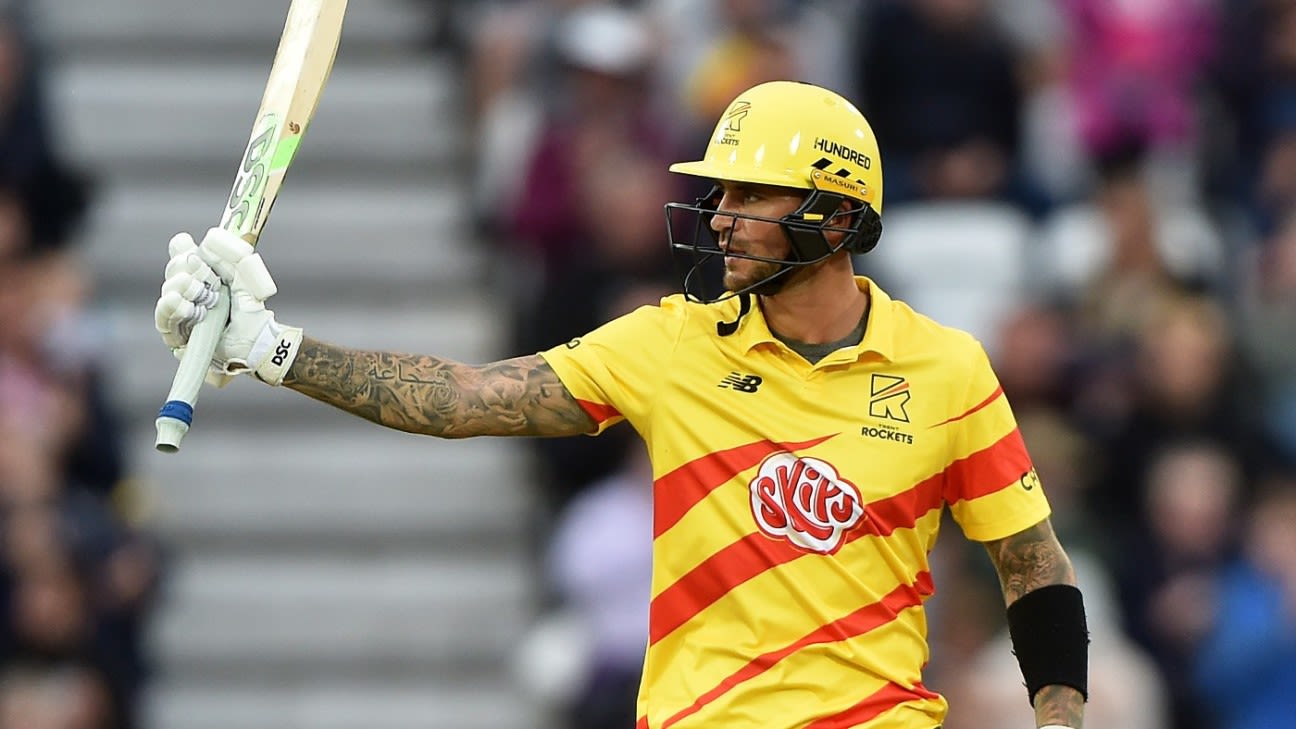 Alex Hales has earned a recall by England for the first time since his banishment from the set-up prior to the 2019 ODI World Cup. He has been named as Jonny Bairstow’s replacement for the men’s T20 World Cup in Australia, as well as the preceding tour to Pakistan, which gets underway next week.

Hales, 33, was reportedly close to a recall for the original squads, as the selection panel considered its options to replace Jason Roy, who has been dropped following a prolonged run of poor form. The opportunity arose again following the bizarre injury sustained last week by Bairstow, who has been ruled out for several months after fracturing his leg while slipping at a golf course.

The recall came after a noticeable softening of attitude towards Hales from the team management, particularly in the wake of Eoin Morgan’s retirement. The former England captain was staunchly opposed to Hales’ return, having accused him of showing “complete disregard” for the team’s values, and creating “a lack of trust between Alex and the team”, following the revelation that he had failed two tests for recreational drugs prior to the 2019 World Cup.

Hales was also involved in the nightclub incident in Bristol in September 2017 that led to the arrest and subsequent trial of Ben Stokes, and he hit the headlines again last year, when Azeem Rafiq claimed during the DCMS hearings that Hales had named his black Labrador “Kevin” in recognition of a racial slur. Hales had denied the claim.

However, on the field, Hales’ form has long merited another opportunity at international level. He was a stand-out player for Trent Rockets, last week’s winners of the men’s Hundred, with 259 runs at a strike rate of 152.35 including an agenda-setting opening partnership with Dawid Malan, and in the course of the tournament he became the first England player to pass 10,000 runs in the T20 format.

Many of those runs have been scored in overseas franchise leagues, including the Big Bash, in which he has played 45 matches for Sydney Thunder since 2019, with 11 half-centuries and one hundred. With the World Cup to be played in Australia in October and November, that experience was a key factor in Hales’ recall.

Overall, he has played 60 T20Is since his debut in 2011, averaging 31.01 at a strike rate of 136.65. In 2014, at the T20 World Cup in Bangladesh, he became the first England player to score a T20I century, hitting a match-winning 116 not out from 64 balls against Sri Lanka in Chattogram.
Speaking about Hales following the original squad announcement last week, ECB managing director Rob Key had revealed that the player had called him up to ask why he had been omitted from the set-up, with England initially preferring Bairstow as Roy’s replacement at the top of the order, with Lancashire’s Phil Salt also included in the 15-man party. Key acknowledged that Hales had “done his time” and that his future selection would be based purely on form and ability.