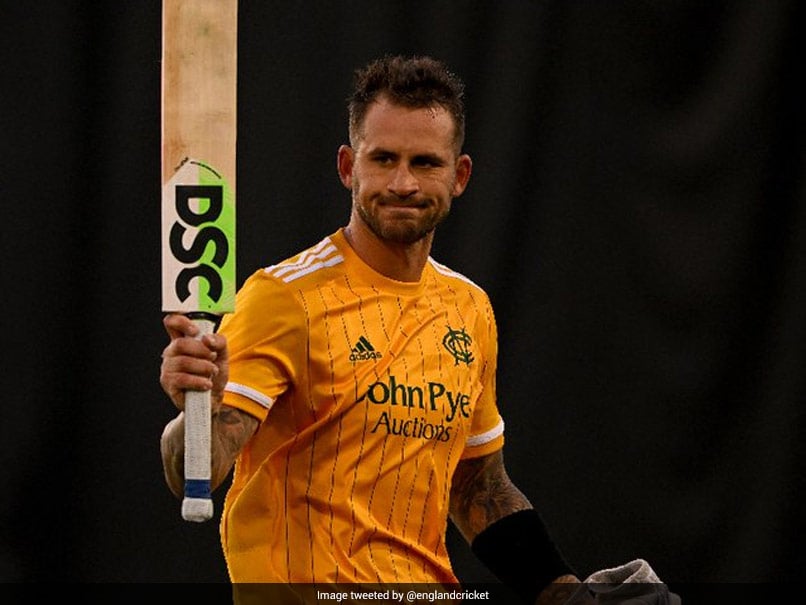 Alex Hales has returned to the England squad after three years as he was added to the team for the T20I tour of Pakistan as well as the 2022 T20 World Cup, the England and Wales Cricket Board said on Wednesday. Hales, who last played for England in 2019, has been added to the squad as a replacement for wicketkeeper-batter Jonny Bairstow, who sustained an injury while playing golf that has ruled him out of action for the immediate future.

“Nottinghamshire batter Alex Hales has been called up to England’s ICC Men’s T20 World Cup squad as a replacement for Yorkshire’s Jonathan Bairstow after a left ankle injury sustained last week ended his chances of playing in the tournament,” the ECB said in its statement.

“Hales, 33, who last represented England in March 2019, has also been added to the IT20 squad for the tour of Pakistan,” the board added.

Hales has played 60 T20Is so far, scoring eight fifties and one century.