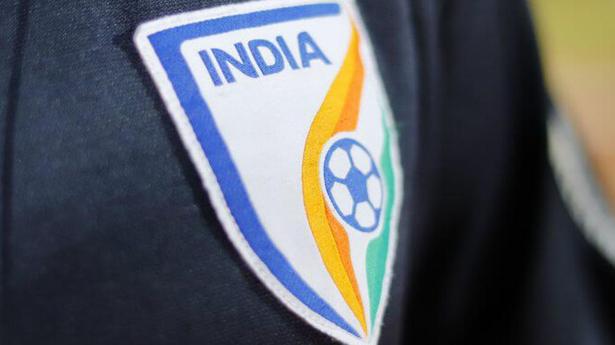 Newly-elected AIFF president Kalyan Chaubey has some ambitious plans to develop women’s football, beginning with reducing the disparity in salary with their male counterparts.

Chaubey also laid out his plans to revive some old tournaments including the Santosh Trophy to have a good supply chain for the national team.

“We want to have a minimum salary cap for women footballers so that there’s not much (salary) disparity with their male counterparts and it’s at a respectable level. We also want to make IWL better than before,” Chaubey said at a press conference here on Thursday.

“We will also try that there’s not much disparity in the honorarium that a player gets when they represent a nation. We want to ensure that their honorarium is also increased.” Chaubey did not elaborate what he meant by ‘honorarium’ of the national team players.

Currently, each of the men’s and women’s national team player gets the same amount of around USD 30 as daily allowance per international match.

The financial plight of the women players was highlighted by the iconic Bembem Devi last year when she termed the amount as “peanuts”.

“Women players do not get good money while playing for a club in the IWL. The club will always tell the players to take less amount of money, say Rs 50,000 or Rs 60,000. This amount is peanuts actually,” she had said in November last.

As for the prize money, the IWL winners got Rs 10 lakh last season, which was even less than what the fourth placed I-League side got — Rs 25 lakh.

In comparison, the I-League winners got Rs 1 crore, while the I-League Division 2 champions were awarded Rs 50 lakh.

The AIFF boss also announced the start of Under-17 Women’s League which will be held in association with the Sports Authority of India.

With the FIFA Under-17 Women’s World Cup slated in a month’s time, the AIFF has plans to promote the event by conducting matches in 40 places across India in association with SAI.

“In association with the Centre and SAI, we will have at least 40 matches in 40 places so as to promote the event and make people aware of the World Cup,” he said.

India to play friendlies against Vietnam, Singapore this month

While the AIFF’s new executive committee will take a decision on the future of India head coach Igor Stimac at its meeting here on September 18, Chaubey said the national team would play two friendly matches against Vietnam and Singapore this month.

Asked how the federation has planned to make proper use of the FIFA window for friendly matches, Chaubey said: “This month, we will be playing two matches in Vietnam — one against Vietnam and one against Singapore.” Chaubey also said the AIFF would recommend two former footballers from Bengal for Padma Shri and Arjuna Award this year.

“We will submit their names by the September 15 deadline,” he said without divulging names.

Announcing his plans to revive some old tournaments, he said: “One of our targets is to revive the tournaments that we have grown up watching. We have taken a time frame of 100 days to check the feasibility. We will have a U-21 championship along with junior, sub-junior tournaments.

“India is a big country and no less than a continent, in every 200 kilometre there is a different language, food and culture.

“So in this scenario, if we are able to revive the Santosh Trophy, it can become hugely popular. The tournament can be the main platform for the domestic players from where they can come and play for the Indian team,” he said.

Tapping the talent while young is the mantra for success and Chaubey said it’s no rocket science if they bring football in government-run schools.

The AIFF boss plans to recruit qualified licensed-holder coaches at state-run schools across India so that they can catch them young in the age group of 6-12 years.

“There are about 16 lakh government schools in India where they have football grounds with 25 crore children,” he said giving his estimate.

“We want to send AIFF licensed coaches to the schools to help improve the grassroots level. When you help create the basics from the age of 6-12, then from the age of 13-18 they will play at the youth level for match exposure.

“We want to include football into a school syllabus so we can have a footballer with the same basic skills be it in Andaman, Goa or Maharashtra,” he said.